CppTransport is a C++ implementation of the transport framework, capable of integrating the two- and three-point correlation functions generated during an inflationary epoch. The current version is limited to models with canonical kinetic terms, but this is not necessary as a matter of principle. Future versions may allow a non-Euclidean field-space metric as in mTransport. (Note that mTransport does not yet implement integration of three-point functions.) 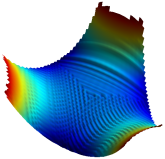 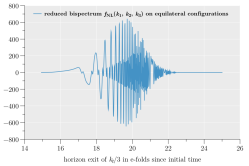 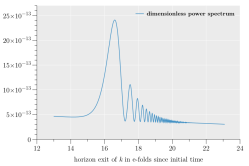 CppTransport is a complementary alternative to the PyTransport platform. Both CppTransport and PyTransport implement the same numerical scheme. Roughly speaking, PyTransport is more lightweight and is easily scriptable from Python. CppTransport provides a more managed environment that offers structured data storage in SQLite databases and enables immediate parallel deployment over a large number of cores.

The current release of CppTransport is 2018.1 (version history). It requires a recent version of gcc, Clang or the Intel C++ compiler that is capable of handling C++14.

Releases are permanently deposited at zenodo.org and are identifiable via DOI. Downloading a zenodo.org release is recommended as the simplest way to install CppTransport. Once downloaded, follow the instructions in the user guide.

CppTransport is distributed under the GPL license. Development occurs on GitHub, and bug reports or feature requests are welcome. In the first instance these should be reported to the GitHub issue tracker. If you want to contribute to development then you may wish to clone or fork the repository.

Continued development of CppTransport depends on demonstrating its usefulness to funding agencies. If you use it to produce numerical results supporting your research then we would appreciate a citation.

Development of CppTransport has been supported by a number of grants and funding sources.